How Boards of Directors Are Reshaping to Meet New Challenges

In a corporate environment, boards recognize a need to evolve to engage investors better and become more involved in leading governance.

Tom Manning is a corporate advisor, board director, and educator. Currently, he serves on the Boards of Dun & Bradstreet (Lead Director), CommScope, and Clear Media Limited. He was based in Hong Kong for 17 years, where he served as the CEO of Cerberus Asia, Capgemini Asia, and EY Global Consulting Asia, and as a partner with Bain & Company. Formerly, he was an independent director of several of China’s largest listed companies, including the Bank of Communications, Gome Electrical Appliances, AsiaInfo-Linkage Holdings, and iSoftStone; earlier in his career, he was with McKinsey & Company. He speaks Mandarin and teaches corporate governance, private equity, U.S.-China relations, and innovation at the University of Chicago Law School.

A Practical Approach to 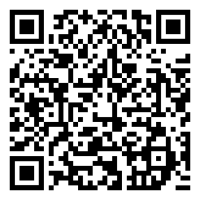