How To Fix Those Dysfunctional Boards 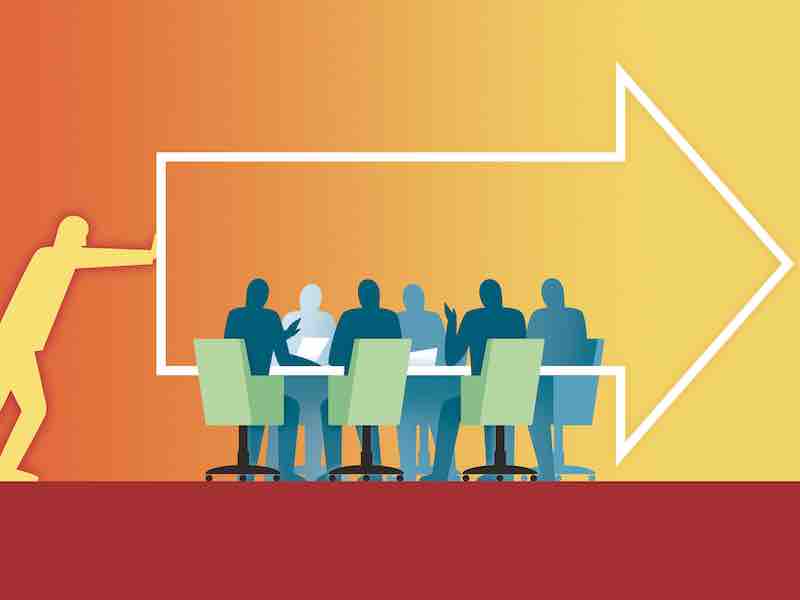 by Mark Goulston and Doc Barham
What do Hewlett Packard, Yahoo, Bank of America, Sprint-Nextel, AMD, Moody’s, Best Buy, Cisco, Goldman Sachs, Sears and GE have in common?
24/7 Wall St. looked at the S&P 500 companies and chose those whose stock prices had fallen at least 33% over the last five years, but excluded those with revenues lower than $5 billion in 2010.
“Among the subjective guidelines 24/7 Wall St. editors used to further determine the effectiveness of a board was the length of service among board members. Boards with long-serving board members can be an impediment to change if companies run into troubles, such as in the case of GE. (NYSE: GS) Another factor we looked at was whether a company’s board supported a poor performing CEO for several years, as in the case of Goldman Sachs (NYSE: GS). Ironically, the reverse — electing too many CEOs — may also indicate a dysfunctional board. This is a sign the board cannot effectively choose chief executives and strategies that will help its company return value to shareholders consistently, such as in the case of Hewlett-Packard. 24/7 Wall St. came up with eleven “American Companies With The Most Dysfunctional Boards” (they named Hewlett Packard, Yahoo and Bank of America whose Boards are flagrantly known to be dysfunctional but delved into eight others that met their criteria).”
What’s going on in these Boardrooms? Patrick Lencioni’s iconic book, The Five Dysfunctions of a Team, outline factors that are equally applicable to a Board.  These consist of:

With Lencioni’s delineation of these dysfunctions we are reminded of the famous quote by US Supreme Court Justice Potter Stewart regarding his threshold for identifying pornography in Jacobellis v. Ohio (1964) when he said, “I know it when I see it.”
As much as we agree with those negative attributes and recognizing them when we see them, they all beg the question, what do you do about it especially in a world that by all estimates is becoming even less trusting?  According to Erik Erikson the foundational stage of our psychosocial personalities is what he refers to as Basic Trust.  By that he means that if you leave that stage feeling basic trust towards the world it will subsequently appear to you differently and you will live your entire life differently than if you leave that stage feeling basic mistrust towards the world.
We think one of the things that most perpetuates dysfunction in a Board (a team, a marriage, a community) is that individuals have become too siloed in their view and interaction with everyone around them.  Just as the saying: “When you’re a hammer, everything looks like a nail,” goes, “When you’re an analytic, everything looks like a number,” “when you’re a creative, everything looks like something new,” “when you’re a salesperson, everything looks like a sale,” “when you’re a COO everything looks like a process,” etc.
The problem is not that these silos stubbornly resist each other (which each person feels the others are doing), but that they are each locked in non-rational, nonfunctional self-preservation.  If we get back to the notion of Basic Trust vs. Basic Mistrust, an analytic trusts numbers and any attempts to pull him into some creative process threatens his core of expertise, competence and confidence.
The creative person may merely be trying to communicate their approach and solution to a problem as opposed to tearing the analytic down or vice versa.  However it is the internal non-rational fear by either the analytic or creative of being pulled six degrees of separation from their core of competence into an area of incompetence that causes each to dig their heels in and feel as if they are resisting to the other.
Once each of their heels are dug in, this process of self-preservation becomes non-functional. Instead of supporting the success of the enterprise, each makes it worse by resorting to both CYA and CYF (cover your front when being pulled away from your area of competence.)
So great, now we’ve introduced yet some more hidden in plain sight counterintuitive insights that also beg the question, “Okay, so what do we do now?”
Years ago a primitive from a tribe in South America came to Manhattan and was asked what he thought.  His response, “They don’t see the sky.”  By that he meant that everyone seemed so locked in doing transactions, that they didn’t see a shared opportunity that they could all work, enjoy and live towards.  We refer to that mind and behavioral set as transactional myopia, i.e. get the deal, do the deal, next deal.
As long as people are locked in transactional myopia and locked into the non-rational, nonfunctional, self-preserving silos that individual Board members are, there will be a continuation of all of Lencioni’s five dysfunctions.
For a solution to this we have discovered and built upon the work of former IBM Fellow, Allan Scherr which produced spectacular results in 20 engineering projects at IBM.
One of the things we have learned is how important it is to avoid the seven words that “rank and file” people tasked with doing the frontline tasks can’t stand.  And those are: Vision, Mission, Culture, Values, Strategies, Goals, Objectives.
We know that many leaders love and even speak passionately about these words, but the people who have to carry them out hate them.  Why?  Here are five reasons:

When it comes to Board members, even though they have been the espouser of those words at their own companies and organizations, they too have separate deeply embedded interpretations of what they mean.  If you don’t believe that just ask a group of Directors to individually define the difference between Vision and Mission, or what Culture and Values are.
What Scherr proposes to focus instead are Concerns and then Outcomes. Why are these much better than Vision, Mission, etc? First, Concerns if selected well are something that both leaders and front line doers have in common right out of the gate.  Concerns avoids the top down disconnect that Vision and Mission trigger where the majority of people can’t even tell the difference.  Also a Concern if chosen correctly is something that all can agree to.  You can select what those are, but three that are common to nearly all enterprises are:

Second, words like Goals and Objectives are often loved by those who set them but who can often wiggle away from being held accountable to them. They are often however the bane of those who will be held accountable for them.  Goals and objectives also require a forward cognitive bias which is the able to look clearly into the future.  That is something that less than five percent of people have (and all good CEO’s must have).
The vast (>90%) majority of people are not very good at looking into their future.  They more often know that they want to be happy and successful, but are not very good and identifying what to commit to that will result in their feeling that way.
Most people instead have a reverse cognitive bias which means, they wait for things happen and then they react to it.
A mundane example that affects most couples is not being able to decide where to eat, what movie to see or where to go on vacation, but after they have gone, there is no shortage of negative or positive critiquing (which is sadly attached to some finger pointing).
Outcome is a much better word (which BTW is why we have named our company Xtraordinary Outcomes), because built into it is the accepted fact that a good outcome is preceded by effective actions and a bad outcome is preceded by ineffective actions.  Also when the doers come up for performance reviews, they are not based less on goals and objectives the reached, than they are outcomes they achieved.
Outcomes when properly selected result in the fulfillment of the concerns above.  With regard to the Concern: Must make money, the Outcome that if achieved fulfills that Concern might be: Every potential (and targeted) customer and client when made aware of an urgent need for a product or service will automatically seek out and purchase your company’s service or product (a parallel can be drawn to a non-profit with regard to targeted donors).
Following identifying those Outcomes (and we think leaders, managers and doers are still aligned at this point), the next step is a Plan to achieve those Outcomes.  Plan is a non high falutin word for Strategy, which again has been overused and runs the risk of a top down disconnect.
From Plans next comes specific Actions required to execute that Plan, then Skills and Resources necessary to take those Actions, then identifying the people best suited to take those actions (with a plan for filling their skill set gaps and for getting them the resources they need to succeed).
If a Board uses the above approach they not only have a good chance of lessening dysfunction, but of “seeing the sky,” and hitting the ground running towards it instead of running into or away from each other.
On a separate note, Mark is traveling to Mumbai, Bangalore and Delhi in October to speak with leaders and executives who are interested in becoming better at functioning within and among their companies and organizations.  We wish that were more the case in America.