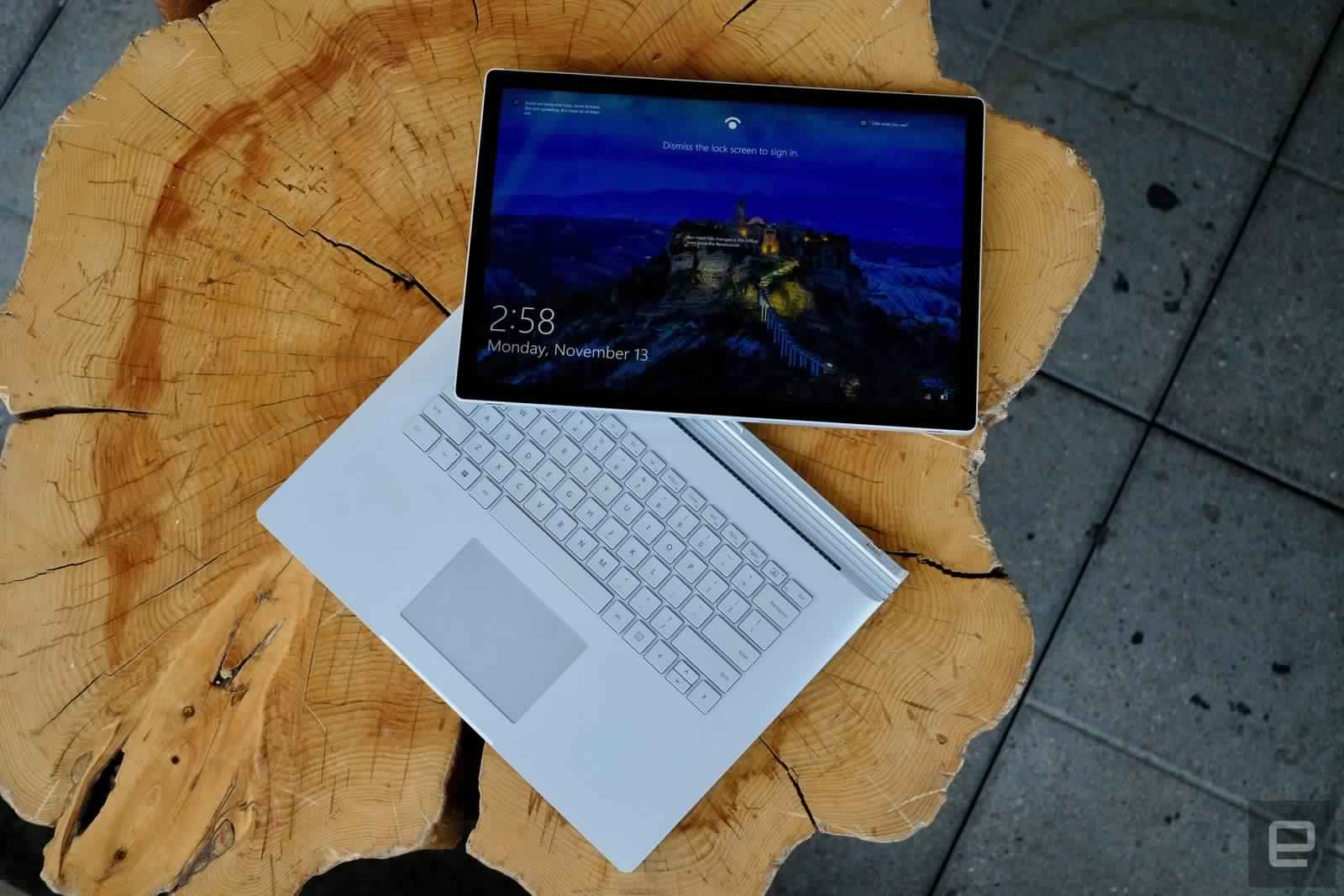 Microsoft first launched the Surface Book 2 in November, but so far, both the 13- and 15-inch variants have only been available in the US. That’s about to change, however, as the 15-inch model is now on pre-order in Australia, Canada, France, German, the UK and other European nations where, until now, only the 13-inch model was sold. On top of that, starting in February, Microsoft will release both Surface Book 2 models in places where it has yet to go on sale, including China, India, Italy, Qatar and other parts of Asia and the Middle East.
The 15-inch model is particularly interesting as a graphics and gaming unit, since it comes with a nicely powerful NVIDIA GTX 1060 graphics card (the 13-incher has NVIDIA GTX 1050 graphics). Though you might be tempted to buy it as a gaming machine, know that the power supply isn’t enough to sustain a charge if you’re running games like Destiny 2, however. Microsoft has yet to say how or whether it will rectify that rather weird issue.
The original Surface Book suffered from power management and other bugs, but Microsoft told Engadget last year that it learned from that experience for the Surface Book 2. In fact, Microsoft fixed nearly everything we didn’t like about the last one, strengthening the hinge, improving the screen and making it work better as a tablet. With an eight-gen Intel CPU and NVIDIA 1060 graphics, it’s certainly powerful, and incredibly light for a hybrid laptop/tablet at 4.2 pounds.
As mentioned, pre-orders start today for the 15-inch model in Australia, Austria, Belgium, Canada, Denmark, Finland, France, Germany, Ireland, Luxembourg, the Netherlands, New Zealand, Norway, Poland, Sweden, Switzerland, and the United Kingdom. Over the next few months, both the 13- and 15-inch models will go on sale in Bahrain, China, Hong Kong, India, Italy, Korea, Kuwait, Malaysia, Oman, Portugal, Qatar, Saudi Arabia, Singapore, Spain, Taiwan, Thailand and the United Arab Emirates. Pricing starts at $1,499 for the 13-inch model and $2,499 for the 15-incher.
Source: Microsoft